If floating in a warm, saltwater bath in silent darkness for an hour sounds like bliss, then you’re in luck. Sensory deprivation tanks, popular in the 1970s and 1980s, are making a comeback with a new name: flotation REST, or Restricted Environmental Stimulation Therapy.

The New York Times recently reported that the number of floatation centers around the country has increased from 85 to nearly 300 sites since 2011. And the fourth annual Float Conference drew 500 people to Portland, Ore., in 2015.

People who “float”—and those who promote flotation centers—say these dark tanks can reduce stress, induce deep relaxation, ease chronic pain or insomnia, and boost mental awareness and creativity. Athletes, in particular, are drawn to the weightless relaxation experience. Prior to the 2015 Super Bowl, players from the New England Patriots and the Seattle Seahawks floated before the game, and Patriots quarterback Tom Brady reportedly owns his own tank.

So far, there’s little solid research to back up the claims, but studies using functional MRIs to look at brain activity while people float are underway.

What is a sensory deprivation tank and how do you float?

Flotation tanks can be circular pools like a hot tub in a dark room, or watertight pods large enough for a linebacker. The tanks contain 1,000 to 2,000 pounds of Epsom salt—enough to create a buoyant 10 percent salt solution, three times the buoyancy of the ocean. The bath is a minimum of nine inches deep and about 94 degrees Fahrenheit. People typically float naked to prevent bathing suit fibers from disrupting the tank’s filtration system. Cost for a single float averages between $70 and $100, with most centers offering discounted multi-float packs.

Are there health benefits to floating?

It’s hard to say because research is so limited. But there are hints that floating in dark sensory deprivation tanks may benefit the body—similar to benefits that other studies have found with meditation. One study published a decade ago in Psychology & Health analyzed 27 small studies done over the years (some were poorly designed, without control groups). The results suggested that floating might help lower blood pressure as well as levels of the stress hormone cortisol.

Can floating improve your mind?

Flotation centers often advertise the experience as a way to boost creativity, but here, too, the research is scant, and the few results that exist are mixed. A study of 13 jazz students in 2005 suggested that flotation may improve musical performance, but it was too small to draw any conclusions. And an even older study of 94 people found that those who floated actually performed worse on creativity tests after floating than those who didn’t float.

Regardless of the research, floating seems to have transformative behavioral effects for some people. John Lennon used a flotation tank to help kick his heroin habit in 1979, according to Albert Goldman’s biography, The Lives of John Lennon. The TV show Nightline reported last year about a woman who used floating to help stop smoking and drinking.

Floating is not for everyone. Some people can’t relax in quiet isolation when left alone with a busy brain, and get out. Others find the salt irritating. Still, most people who’ve written or talked with researchers about their experience say they found floating immensely relaxing.

What to look for at a flotation center

The Floatation Tank Association has devised a standardized hygiene protocol for tanks, although few states regulate the centers so the protocol is voluntary. The association recommends that a tank be filtered three times after every float with hydrogen peroxide, ozone, and optional UV light. Bromine and chlorine, though used in some centers, are not recommended. Centers are urged to keep daily logs of hygiene protocol and water specifics. And only one person is allowed in a tank at a time.

Floaters are asked to provide prior consent that they do not have skin diseases, epilepsy, or infectious respiratory disease. They are usually asked to shower first, insert ear plugs to protect against swimmer’s ear, and coat any cuts with petroleum jelly so the salt does not sting a small wound.

Bottom line: The health benefits of floating are unproven, and there’s no regulation to ensure the hygiene rules are followed. But flotation REST may help some people relax and reduce stress. If you’re game to try it, just unplug, lie back, and float.

← The Power of Hope The Unexpected Benefits of Crafting →

Hello! I'm Sadie and welcome to my blog.

I've been working as a life coach for over 15 years, and in that time, I've learned one or two things. I love helping people, and finding the silver lining in everything. But it all starts with a healthy body and mind.

I have compiled in this blog articles that can help change your life completely and get to the other side, healthier and happier.

Thanks for stopping by, and I hope you find something to help you along the way. 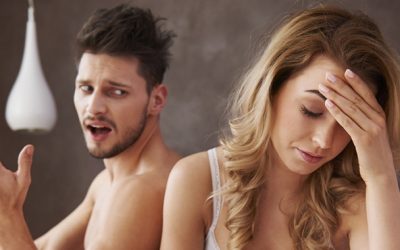 Can How You Argue Make You Sick?

Robert W. Levenson, PhD, professor of psychology at the University of California, Berkeley, studies how couples interact, looking for clues to marital stability and satisfaction. In his latest research, Levenson has found that the ways people argue in a marriage can...

END_OF_DOCUMENT_TOKEN_TO_BE_REPLACED

W. Thomas Boyce, MD, is chief of the division of developmental medicine at the University of California, San Francisco, School of Medicine. He researches the effect of poverty, social subordination, and stress in early childhood on the risk of subsequent physical and...

END_OF_DOCUMENT_TOKEN_TO_BE_REPLACED

There are many health reasons to wash your hands, but it can also have psychological effects. Specifically, it may lessen guilty feelings or remorse over past actions—or at least serve as an attempt to do so. Many religions and poets have linked physical and spiritual...